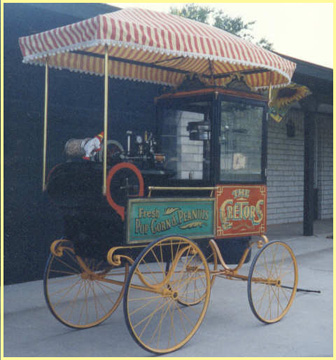 This is my 1909 original Cretor's popcorn and peanut wagon, model #2 wagon with a #1 engine, which I operate at engine shows.

The new technology of the times was reflected in the toys. Many German companies were making toy steam engines, as well as the American: Weeden, Jensen and Empire. Jensen continues to make the engines to this day. 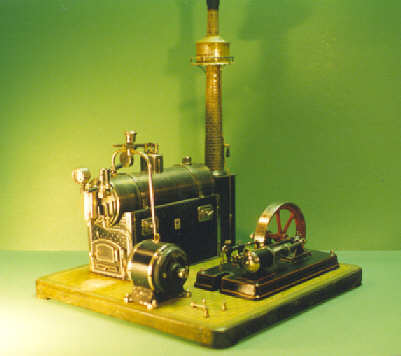 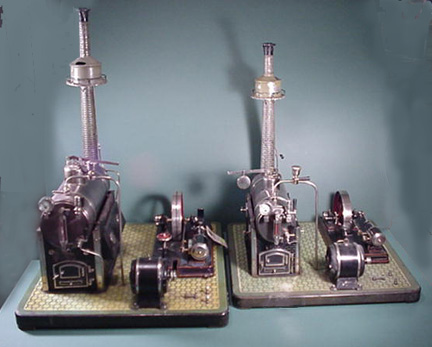 I recently was able to purchase the largest version of the Bing uniflow engine with a reservoir. The previously pictured engine is on the right. The large one is 25" tall x 20" x 18" 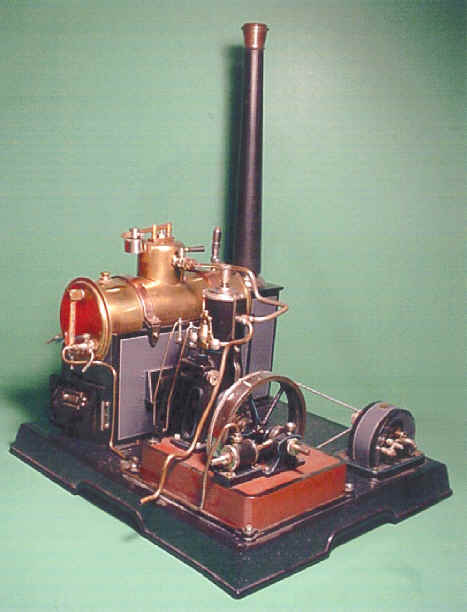 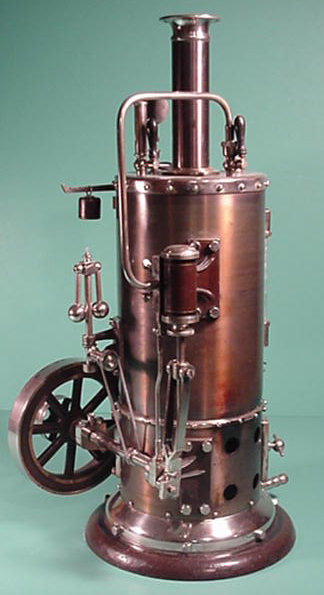 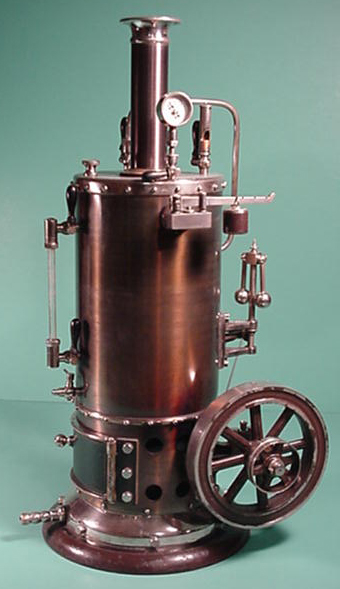 All original gas-burning Schoenner, circa 1897. 18" tall; boiler diameter 5", flywheel 5". I believe this to be the largest vertical Schoenner made. Boiler has center flue, and gas burner has 3 jets. Originally meant to be fired with house gas. 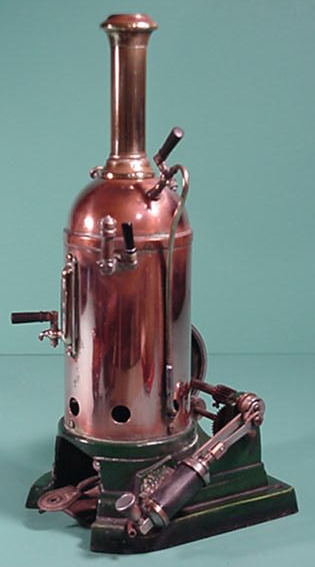 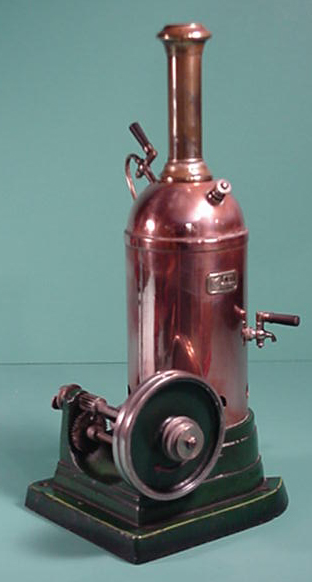 A Donkey Engine made by Marklin, circa 1913. All complete with spherical copper boiler on a heavy cast base. This is the large size, 12" tall. 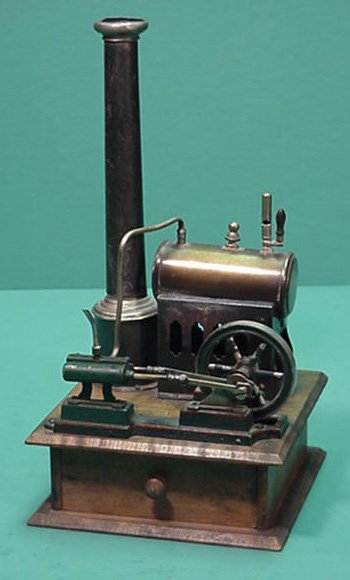 This is a really small (5 .5" x 5.5" base) early, German, slide valve engine by Falk. It is marked by the earliest Falk emblem. Box base appears to be original with drawer for supplies. 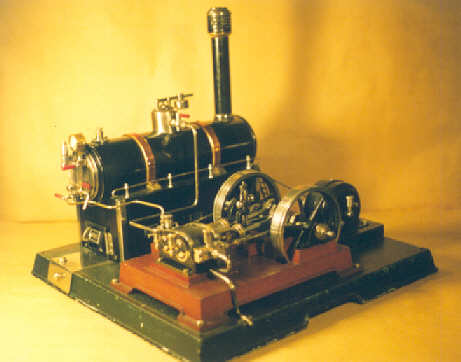 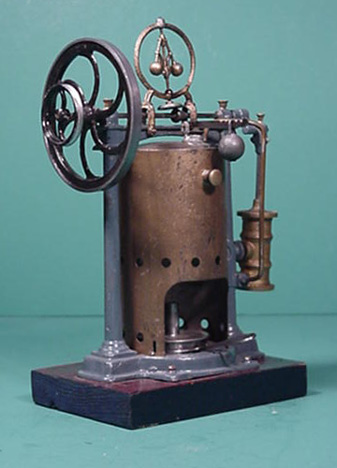 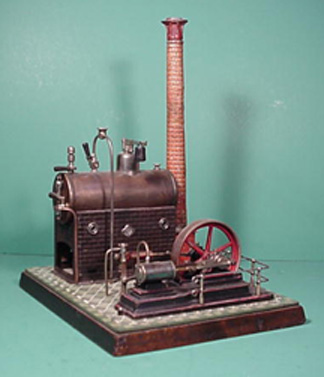 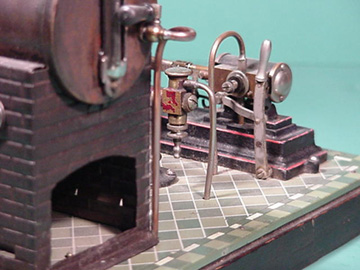