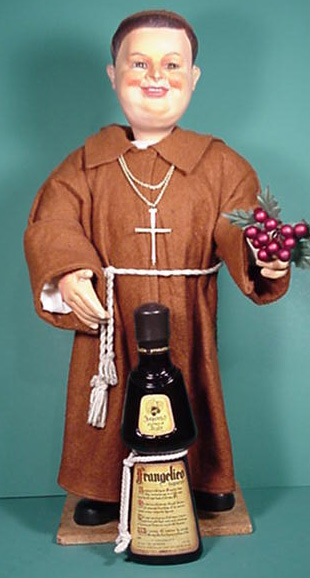 We think that this Monk was probably a store display for Benedictine or Franqelica liquor. He's 22" tall, and his head nods and eyes move when the key is wound. 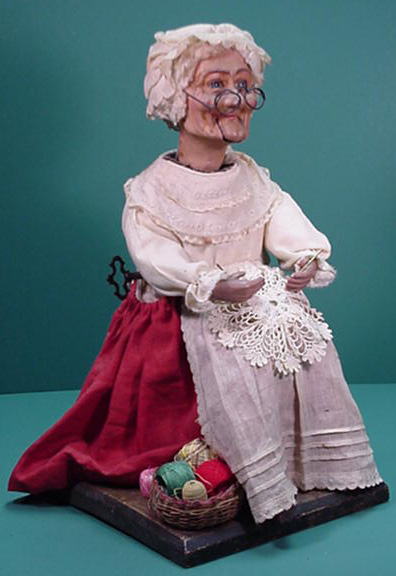 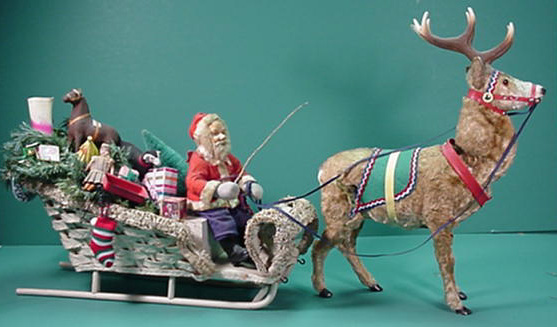 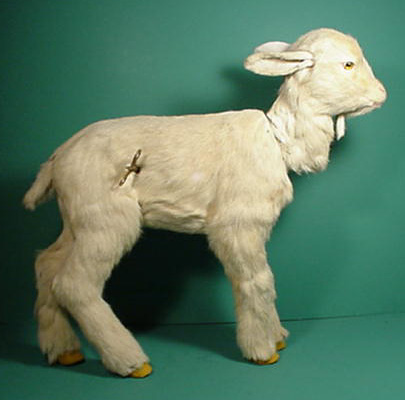 This was a German Clockwork Window Display. He was placed in a window with merchandise and when wound, his head, eyes and arm moves. He would tap on the window with the stick to draw attention. 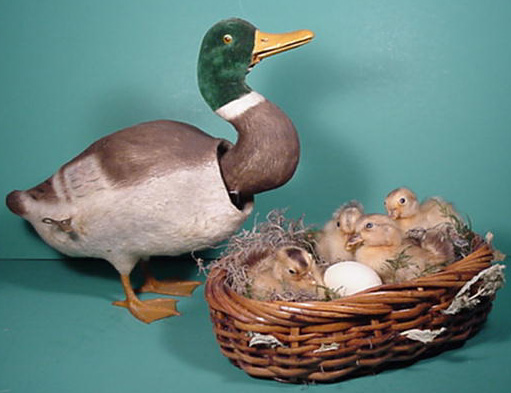 The duck is life- size. His head nods, and his beak moves, making a clacking sound. His feet are made of metal. 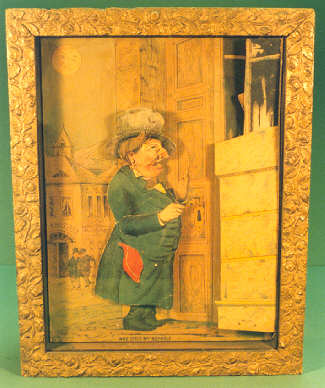 This "Living Picture" is circa 1840. The scenes were made from paper and run by winding a clockwork movement. This one is entitled "Who Stole The Keyhole?" The man is coming home from the tavern and is having trouble finding the keyhole. His mad wife shows up in the window with a broom in hand! Before electricity this was probably grand entertainment!