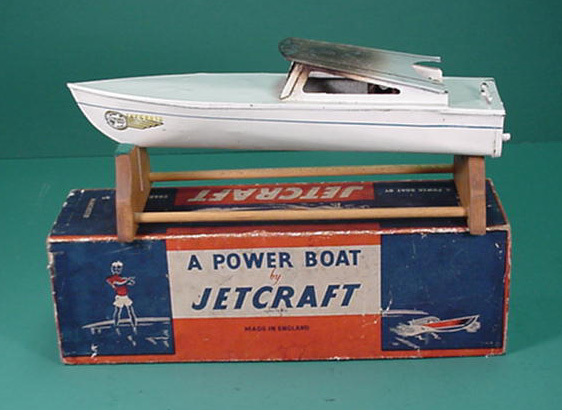 A Putt-Putt boat by Jetcraft, made in England. 11" in length. 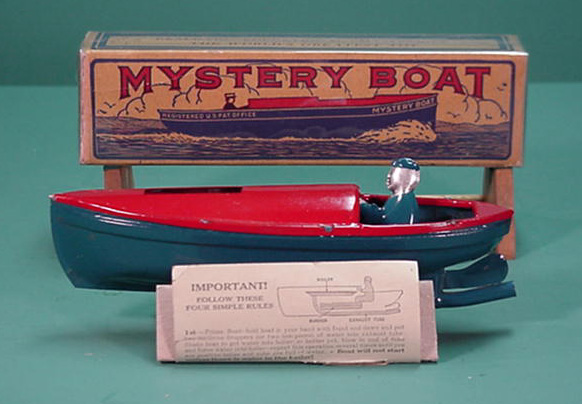 This Putt-Putt was called the Mystery Boat and it was registered in the U.S. Patent Office in October 1916, October 1925, and August 1926. It was manufactured by Gobar Products of Anderson, Indiana. It is 9" long. This example is mint and unused. 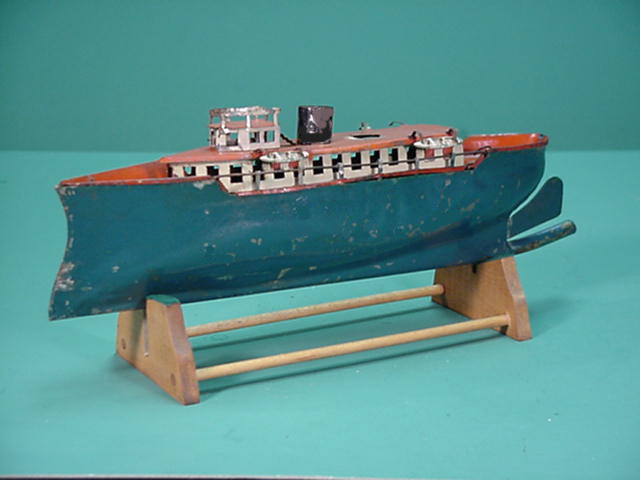 This is an Ocean Liner Putt-Putt with life boats, 14" long, circa 1910, probably made by Gobar Products (American). 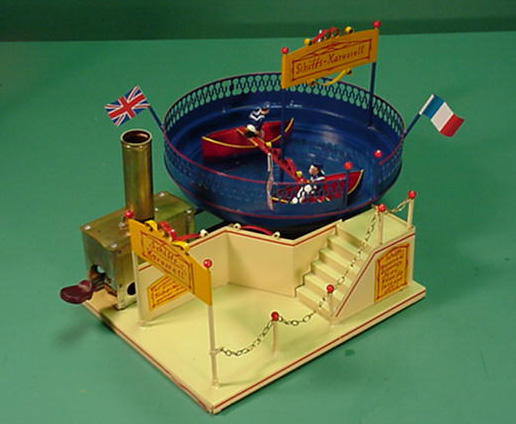 This was a clever little creation by Tucher Walthem of Germany. It simulates a Carnival Ride. It uses a putt-putt motor in the engine house to move the water which causes the boats to go around. 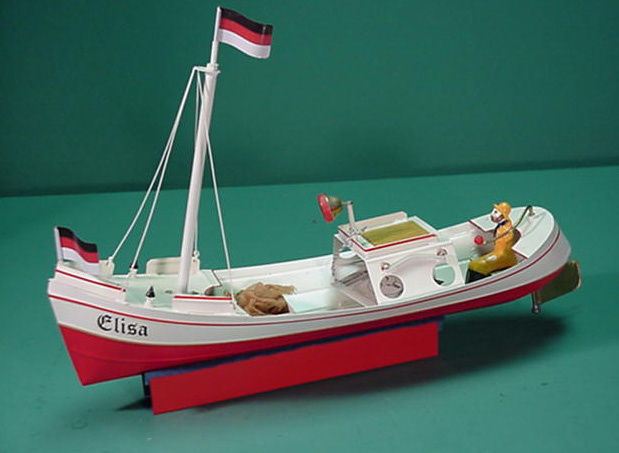 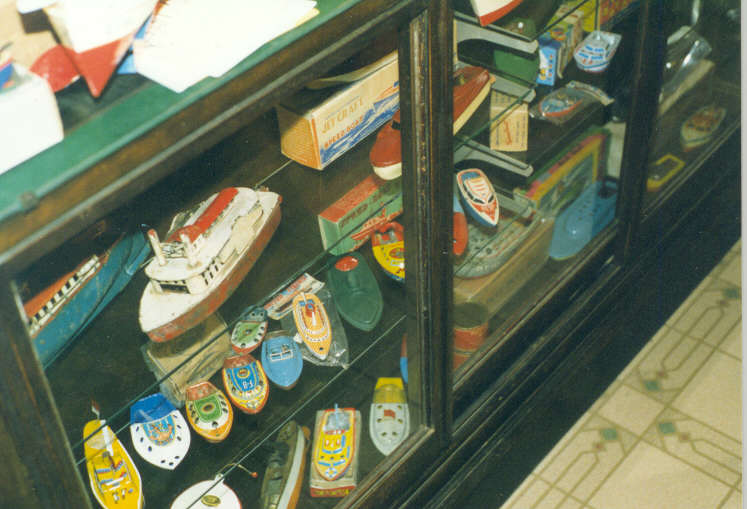