A few dolls have been of special interest to me. This group, because of the different materials from which they were constructed. 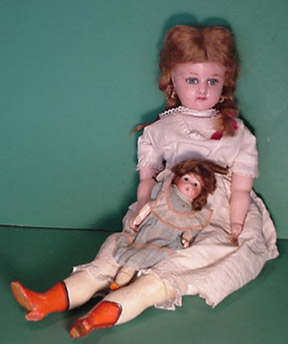 This large doll is a wax doll.  She has glass eyes and pierced ears. 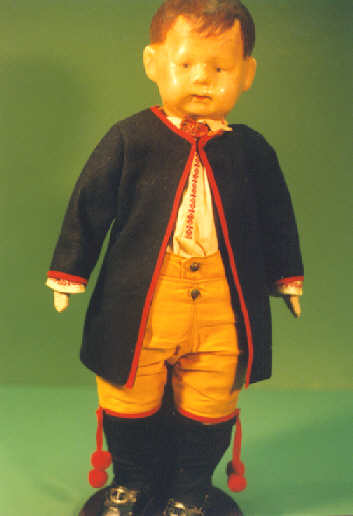 Kathe Kruse was a German lady that came up with an idea to make an unbreakable doll (unlike the China Dolls of the time). She sewed a cloth body, and formed a head from muslin and hand painted the features, in the likness of her children, beginning around 1910. 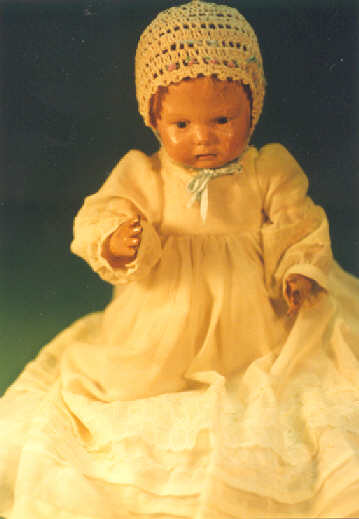 The Philadelphia company of Albert Schoenhut thrived from 1872-1930's. His idea was to construct a jointed doll, made entirely of wood. 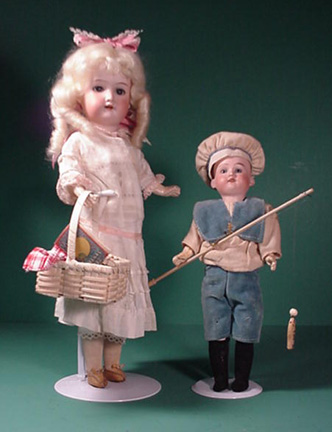 This is a bisque sister and brother by Armand Marseille

This is a china doll. It's amazing that these survived! She was purchased in the original old corset box in which the little girl kept her. On the box, it says "Property of Gladys V. Henry, My doll named "Rosamond", Given to me April 15, l904 by Bess Henry. 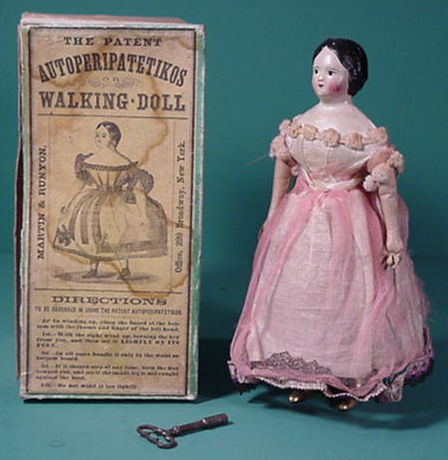 This walking doll was The Autoperipatetikos, invented by Enoch Rice Morrison, patented July 15, 1862. Her head is made from paper mache. She has leather arms and brass feet. It is said to be the first mechanical toy patented in America of which there are existing examples. She is 11 1/2" tall.